Hello all just thought i would start a thread on tuning the z18xe engine. I have the z18xe engine in my coupe the mods i have are dbilas inlet manifold, veccy c intake pipe heat wraped with larger then standard intake pipe to throttle body, enclosed carbon fibre induction kit, kent fast road cams, full 2 1/2 inch bore cat back exhaust,and voltage stabilizer. Im booked in at msd in blackpool next week for a live remap to get the best out my engine, im hoping for 160-170bhp with the same amount of torque as a standard 2.2 ecotec but we will see. I will post up rolling road results and pictures of my motor when its all done.

Thanks for this info - i'm very interested to see the pics and see the rolling road results. It would be very cool to match the standard 2.2 in terms of power and you will have the lighter car!
A

yea i will keep you posted on progress. Im taking my car to one of the best mappers in the country so if they cant get the best gains i dont know who can, fingers crossed.

You're allowed to name drop? Who are you using?
A

motorsport development in blackpool take a look on there web site.

they spend upto 5 hours on the car mapping it, they do it while driving on the road aswell.
A

here you go like i said good power gains car feels rapid to 60 feels so much better all over the rev range :cheesy: 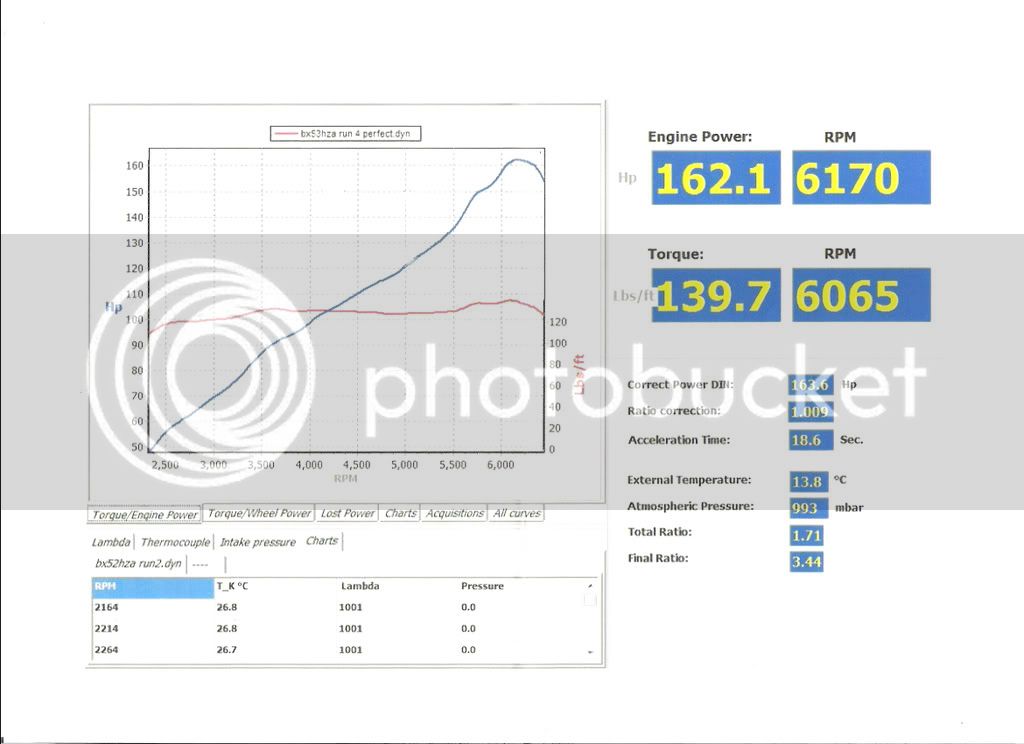 Cheers for the graphs - its really nice to see the power gains. Nice flat Torque curve as well

The ultimate modifications on an engine are in our opinion the ones that give the best power gain for you spend.

We won't be swayed by popular Z18XE modifications, they need to be cost effective.

Altering your Z18XE cam will make a dramatic difference to the engine torque. Choosing a higher performance cam profile raises the torque accordingly.

Fast road camshafts usually bump the bhp and torque over the rev band, you may sacrifice a little low down torque but the higher rpm power will be lifted.

Race camshafts, bump the higher rpm power band but as a result the car will not idle smoothly and low end power nearly always suffers.

In a car used daily should ideally to optimize your engines power to your typical driving style.

I'd be amazed if you have thought a Race camshaft is a pleasure to live with when driving in heavy traffic.

The engine timing and injectors and fuel pump also will make differences on the power gains you'll achieve.

A longer valve duration can alter the power band and on most engines the exhaust and intake durations do not need to match, although most cams and tuners use matched pairs there are some advantages to extending the intake or exhaust durations.

The Z18XE engines respond well to mods and thanks to their popularity there are plenty of mods and performance parts out there.

A remap helps unlock the full potential of all the tuning parts you've done to your Z18XE.

It will usually give around 30% more power on turbocharged vehicles and 15% on NASP engines, but you mileage will vary depending on the tuning parts you've done and the condition of your engine.

Pulling more fuel and air into the Z18XE engine is vital to any engine modification task.

Intake manifold transmit the air during the suck phase from the air cleaner and allow it to be drawn into the engine and mixed with fuel.

The shape and rate of flow of the Intake manifold can make a substantial effect on to fuel atomisation on the Z18XE.

Fitting big valve kits, doing a bit of port work and head flowing will also lift bhp and torque, and more importantly will make space for raising the bhp and torque increase on other parts.

NASP engines need quite a lot of work when you add a turbo, so we have a separate guide to help you take into account the pros and cons of going this route on your Z18XE

The more air to get into an engine, the more fuel it can burn and uprating the induction with a turbocharger upgrade makes massive power gains.

If your car is fitted with a turbo tuning mods are giving better power gains and turbo charged engines use many forged and stronger components.

There are tuning limits for every engine, with some being extremely strong and some only able to handle stock power
Research these limitations and install stronger pistons, crank and engine components to survive the power.

It's not unheard of tuners spending a lots of money on turbo upgrades on the Z18XE only to watch the engine throw a rod when it's completed.

Bigger capacity turbo chargers tend to suffer no power at low rpm, and little turbo chargers spool up more quickly but do not have the peak end engines power gains.

We are pleased that the selection of turbo units is always evolving and we are seeing variable vane turbo units, where the vane profile is altered according to speed to lower lag and increase top end torque.

Twin scroll turbo units divert the exhaust gases into a couple of channels and feed these at differently profiled vanes in the turbo charger. They also improve the scavenging effect of the engine.

You'll commonly see there's a limit in the air flow sensor AFM/MAP on the when considerably more air is being sucked into the engine.

You'll see that 4 bar air sensors coping with quite large power gains, whereas the OEM air sensor limited bhp at a much lower level.

Fuelling
Don't forget to look at the fuel system when you are increasing the power - it makes the car more thirsty.

It is important to be generous with your flow rate on the injectors.


The accepted safe increase is to add another 20% when buying an injector, this takes into account injector deterioration and allows a bit of spare capacity should the engine require more fuel.

We think this one is common sense, but you'll need to match your fuel injector to the type of fuel your car uses as well.

On most factory exhausts you'll find the exhaust flow rate is good even on modest power gains, but when you start pushing up the power levels you will need to get a better flowing exhaust.

Do not go with the widest exhaust you can buy you'll slow the exhaust rate - the best for power gains are usually between 1.5 to 2.5 inches. It is the shape and material more than the bore size.
Typically exhaust restrictions are traced to the filters installed, so adding a better flowing race alternative will help avoid this restriction.

LOL you beat me to it Xav! Was going to do this myself today.