Took this last night while out with mates in Essex. 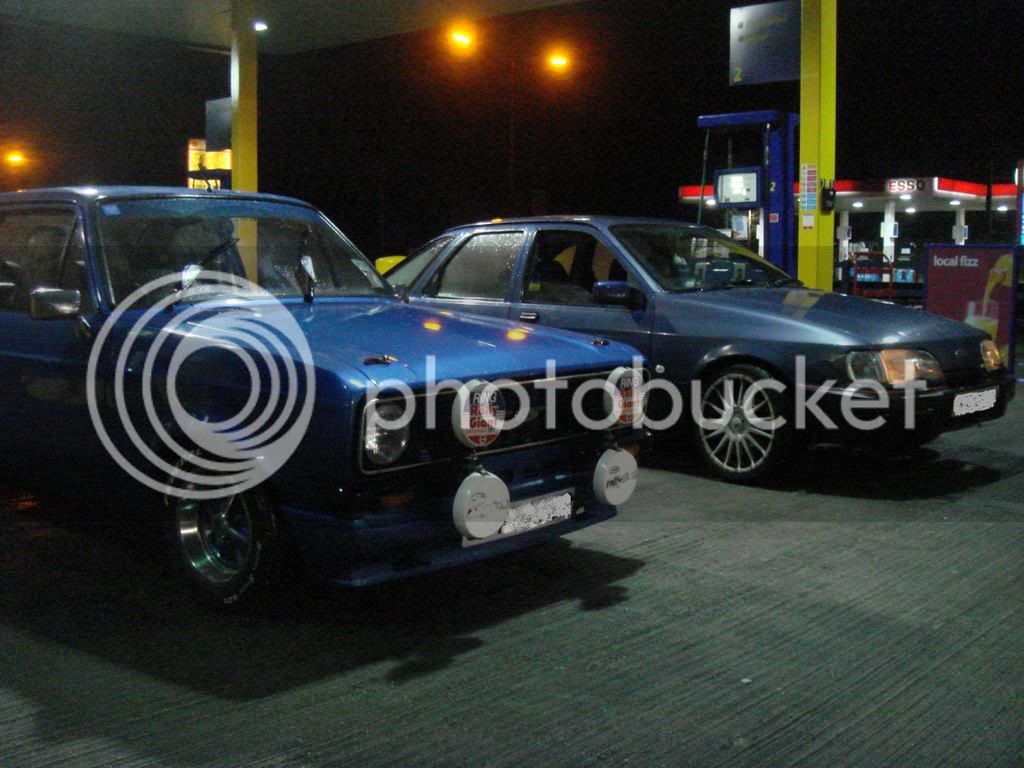 Nice - I had a mate with a red MK1 escort and it was seriously fun in the wet. He had a 2.0 engine in it and it really flew. The blue one looks nice though - especially with the spot lights. (People don't seem to bother with spots anymore) Another mate of mine had so many spots that his alternator warning light came on when he turned them on.

lol, i used to have a 2litre mk5 cortina ghia as my first car, it had a 1600 replacement engine in it, so i did a bit of trying and testing as a youngster looking for more power, i ended up removing the head, polishing all the ports, re-grinding the valves, putting a 2litre camshaft and followers in it(i measured them with a vernier and found they were a couple of thousandths of an inch bigger and the lobe angles seemed all the same), put a set of twin choke webers on it(standard 26/27's and re-drilled both air jets to 2mm), put a janspeed exhaust on it with a peco power master back box of a mini on it, holy crap it went like f**k, at the time i was keeping up with sri's and xr3i's, it was quite amusing to be honest, ahh, them were the days. lol
B

nice motor, good to see one in such good nick still on the road
D

Hi Deltamal and welcome nice to have you along. A cossie lump in a MK3 - crazy. I like your style. Hope you post up some pics when you have 10 posts.
D