What is this car?

I saw this at the Midland Game Fair this afternoon, at first I thought it was a Aston Martin Rapide but it's not, then i thought it may be a kit car based on a Nissan (see the Z on the front flank). Now I just don't know!

Can anyone shed some light on this car for me please? :embarrest: 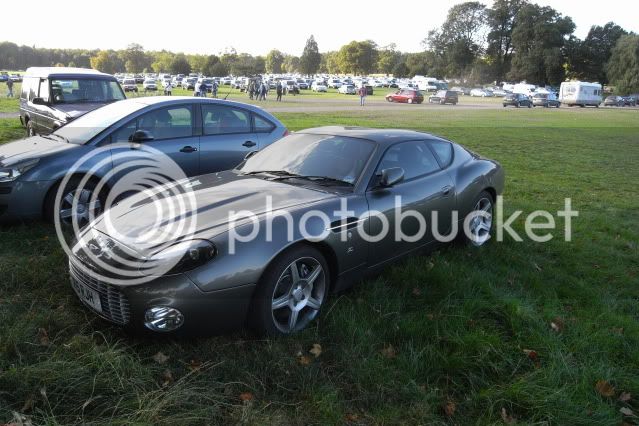 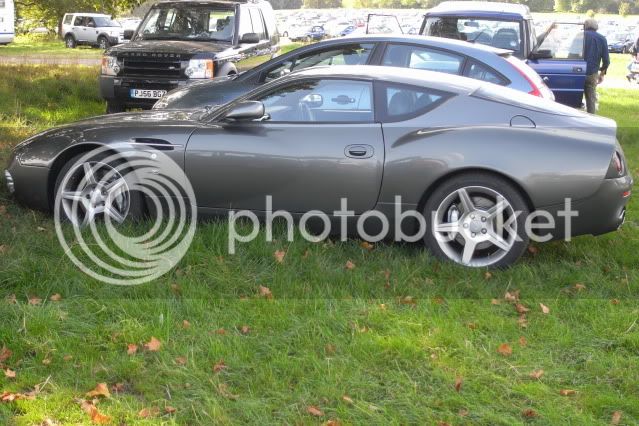 Torque King · From Wolverhampton, U.K.
Climbing, mountain biking, Going to see as much motorsport a possible!

Interesting. Tis too big to be an MX5 with the Aston kit on it.

by the rear end seems more like a TVR.
it's a really cool and well done custom car, so good that it is hard to find out what it have been.
W

never seen one like it but i wouldnt say no

When I saw it I thought Ford Cougar tbh.
9

From the 3/4 view the back end almost looks like a Jag XKR, but with that Aston front end.

Wish I got a closer look but I was in a hurry to get the car out before the rush! The badges look like Aston ones but its that back end, what you can't see terribly well is that the rear window has two slight bubbles in it, I assume for head room. The rear light cluster looks very familiar too.
Last edited: 21 September 2009

if you have a photo of the number plate you could check on the internet what it is registered as? yeah I see the coughar in it too
L

The Aston Martin DB7 Vantage Zagato is a limited-edition grand tourer made by Aston Martin/Zagato. Introduced at the Paris Motor Show in October, 2002, the Zagato was immediately sold out. Only 99 examples were sold to the public, though one extra was produced for the Aston Martin museum.
Like the DB7 on which it is based, the Zagato is powered by a 6.0 L V12 engine and controlled via a 6-speed manual transmission. It has a top speed of 186 mph (299 km/h) and a 0-60 mph acceleration time of 4.9 seconds, statistics not entirely dissimilar to Aston's present day DB9.
Unlike the later DB AR1, the Zagato is built on a shortened chassis.
The Vantage Zagato coupe sold for a base price of US$250,000.
Click to expand...

Nice to see a car that rare used & not just hermetically sealed in a collection some where.

Am I alone in thinking it's pretty ugly?

YuP! Beauty is in the eye of the beholder.

I would be a bit miffed at blowing 0.25 million on a car that is presumed to be a cougar or jag with a bodykit on it.
D

front looks good but really dont like the back end on this,
B