White. Those wheels look a little too big for your car though.
D

Ok, i've had a play with the colours of the wheels and i'm actually moving towards the black instead. It's just looks so mean lol. But I have also done them in white for you to see 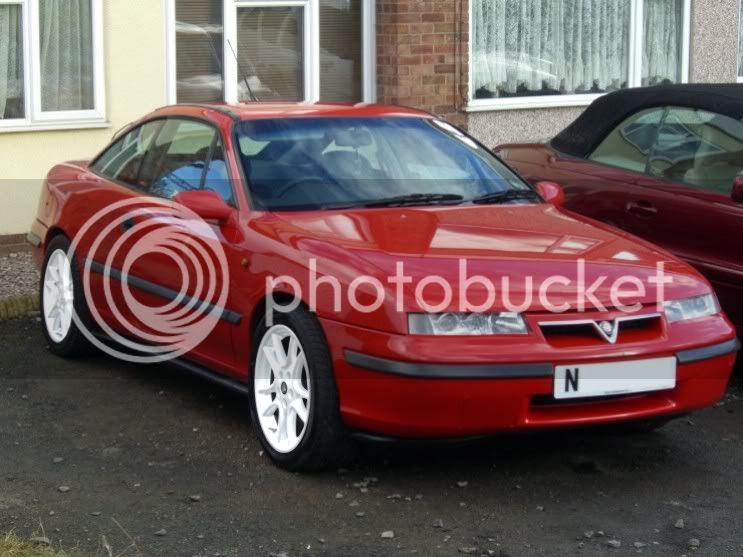 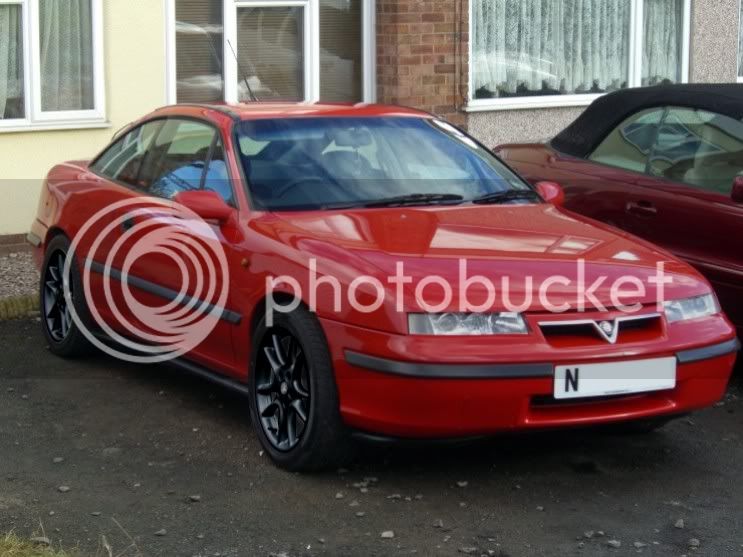 Just looks so nice in black it's actully making me think of just lowering it with a Renault Laguna front splitter and leave it like that rather than getting a body kit. But we'll see. I already have my eye on 2 kits, the one from above and the other is a 12 piece wide arch kit from Reiger.

From
Alone in the dark.

yep i have to agree with tn black for the win:bigsmile:
and is this the rieger kit you mean??

One of my things with tuning cars is evry single one has been made as close as I could afford to an original of that motor. This 3.0 Calibra and my last 2.5 especially recieve the Touring Car treatment. The 2.5 had so much made to the same spec as the toruing car. The wide arch kit is closest thing you can get to making your car look like the original DTm touring car or the Cliff Motorsport Touring car (which only 19 were released as a Cliff Motorsport special edition. Only 7 exist now). This is why I like the wide arch kit.

I dont think the Calibra loses hardly any of the soft lines. Find some more pics and you'll see what I mean. Irmscher also do this kit for about £4000, hence me wanting the Rieger one which is about £1400 so that in itself will keep the car totally Irmcsher styling (i know it would be irmscher with the fake kit but at least it would look right)

Heres the exact Irmscher kit that I would prefer. It does actually look different and less over the top than the Rieger kit. Ok scrub the Rieger lmao, i'm going for the Irmscher, doesn't lose any of the lines. Oh and by the way, This Calibra is not standard by anymeans, they never made a Cabriolet (only 2 were made as concept cars using the Audi 80 roof but were never released as standard). With this Irmscher kit, again you will see I already have the exact spoiler

Well i've managed to get myself a half an hour on the track at Mallory just round the corner from me (as i have a friend that works there) So would any body be up for seeing a vid of my car? If so i'll take my camera and get my passanger to record it.

Right. I'm going down to the track in about 20 mins for the afternoon. So thought i'd leave you with a video of a basic introduction of my car so to speak lol. You will notice that even though the exhaust is straight through 2.75", the combination of the back box I have makes the car purrr... or growl if you want it to lol.

just click the video below and allow to buffer. It's only 2 mins long so shouldn't take long

no baby seat in this one ?

Yeh it's in the back seat lol. Not sure if you can spot in the vid but it's a black Recaro to match the interior lmao. Right i'm off down the road now. Will show ya the vids as soon as i'm back

I'm back. Started to rain so came back. It's great that it's literally 5 mins away. Had about 6 laps in total. Just uploading the vids now. Had a little play with an STI scooby hehe and got me excited. I do love cars. Right vids with you as soon as they uploaded

Edit: Just watched the 3 vids again while they uploading. Hehe it was fun. Played with the scooby as mentioned. after meeting him when we pulled off. He had Version 4 Sti Import running standard @ 265bhp. I just pulled away from him in second gear as he lost a bit of power through AWD and had to wait for his turbo, but was close and he liked the old Vauxhall

Also, one which really made laugh, in the first vid you will see, you will here that a couple of racers got a bit annoyed with me. Well later in the third vid, he blows his turbo LMAO!!! But I must admit, it's great fun.

Ok chaps, it's half way throguh first vid so with you in about 25-30 mins

one in a million

it is nice, but i do like them with out the spoiler, but then every one is different lol

one in a million

Not got the video's running right yet as they seem to be a bit jumpy from the ride in the car. The motion is fine it's just like a scratched CD though. I'm trying to render them again so i'll try and get em asap. Sorry for the delay. I can however show you a wee vid on the lane leading down the Mallory. Should have that ready in about half hour.

Right, luckily managed to get one of the track vids working ok. It's only the 1st vid of 3 so no scooby race in this one but gives you an idea of the car.