As a couple of you may have noticed in a couple of recent posts that I'm now driving a Mk2 ZS180. Even over all the cars I've had, and the £1000's that have been spent over the years improving the handling, this is by far the best car I've ever driven. I know that may sound daft considering it's an MG, but the boffins at Longbridge really knew what they were doing when they made this car.

There is so much that MG changed about the chassis etc from the regular Rover 45/Civic MB. Also the little gismo they made for the inlet manifold by far make the 180bhp in standard form feel a lot fast with a standard 0-60 of 7 seconds and for a big car designed over 13 years ago, is pretty impressive for how little power it has.

But it's definitely one of those situations that you may turn your nose up at a Rover, but don't mock them til you've tried one and I have to agree with Tiff Needell when he said it was one of the best FWD cars he has ever driven.

So since owning the car, there hasn't been too much don't to the engine as yet other than cams, throttle body, custom made sealed ait filter and full custom exhaust system. Fitted a Dark Ice Design cltch kit to get rid of all the stupid rover plastic parts. It supports Xpower Springs which are only 10mm lower but a lot stiffer. Then the rest for the mo has just been a few cosmetic bits and bobs such as my own custom made mud flaps, a little carbon wrapping here and there and a shed load of polishing . Restored the foggy headlights, repainted all the mesh grills. Also have refurbed the callipers which are now using Honda S2000 parts and supporting the nice Xpower green I do have my eye open for a full Alcantara interior as that is half leather and half suede but rare as chucks teeth.

But here he is in all his glory waiting for either a T16 engine, or going down the route of fitting a turbo charged 1.8 honda engine as they can take some really good numbers. But will see what turns up first ... 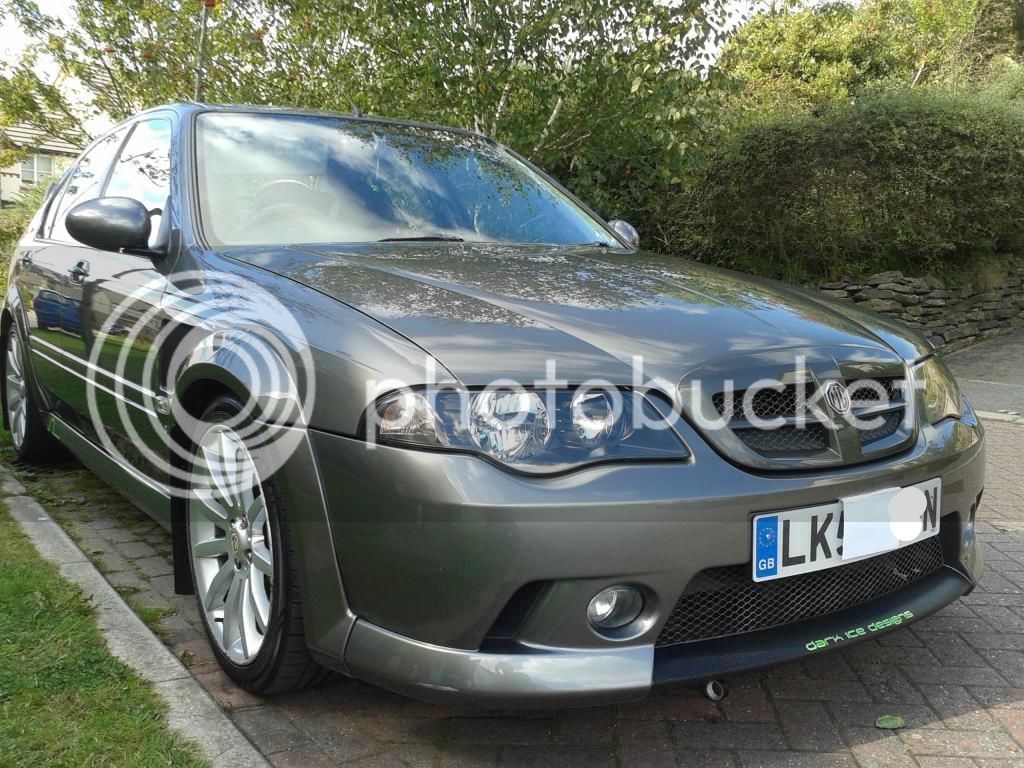 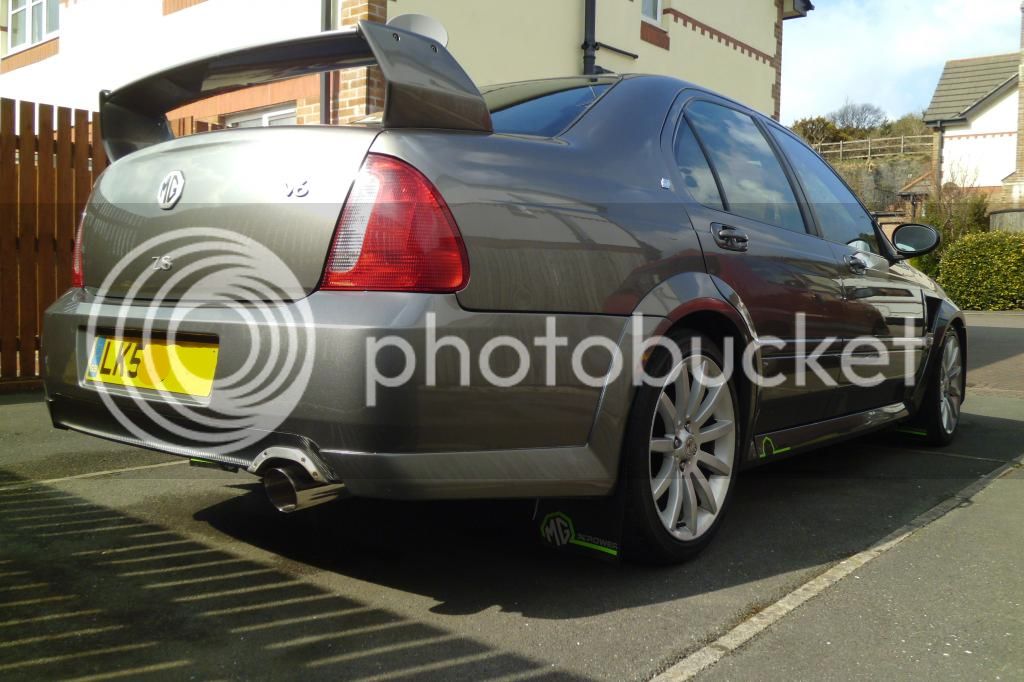 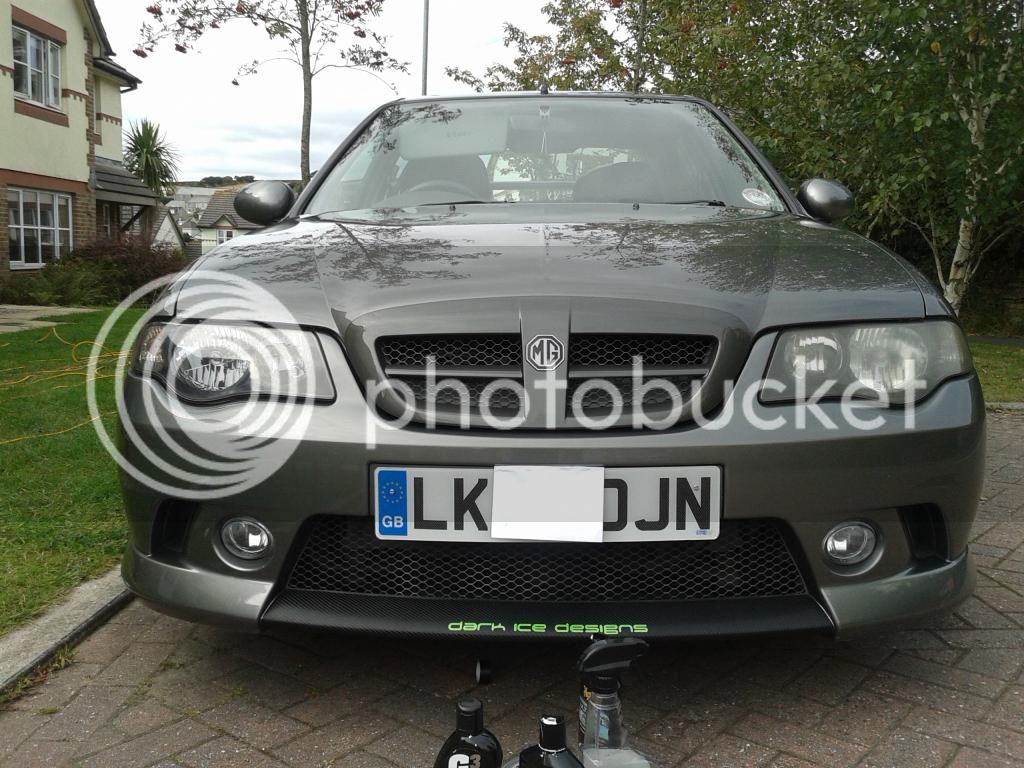 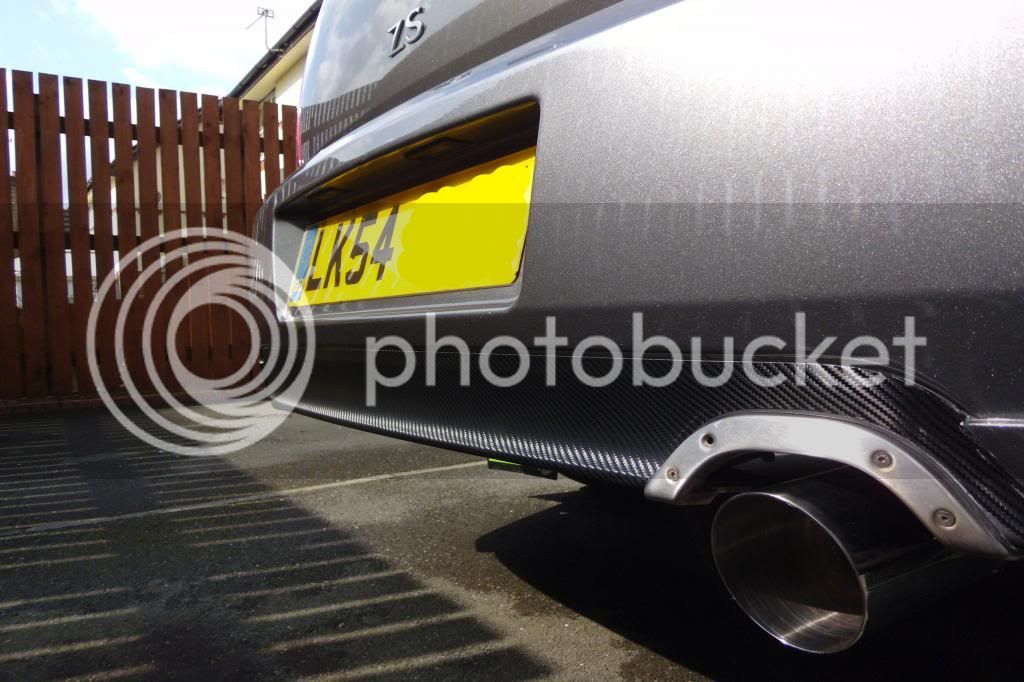 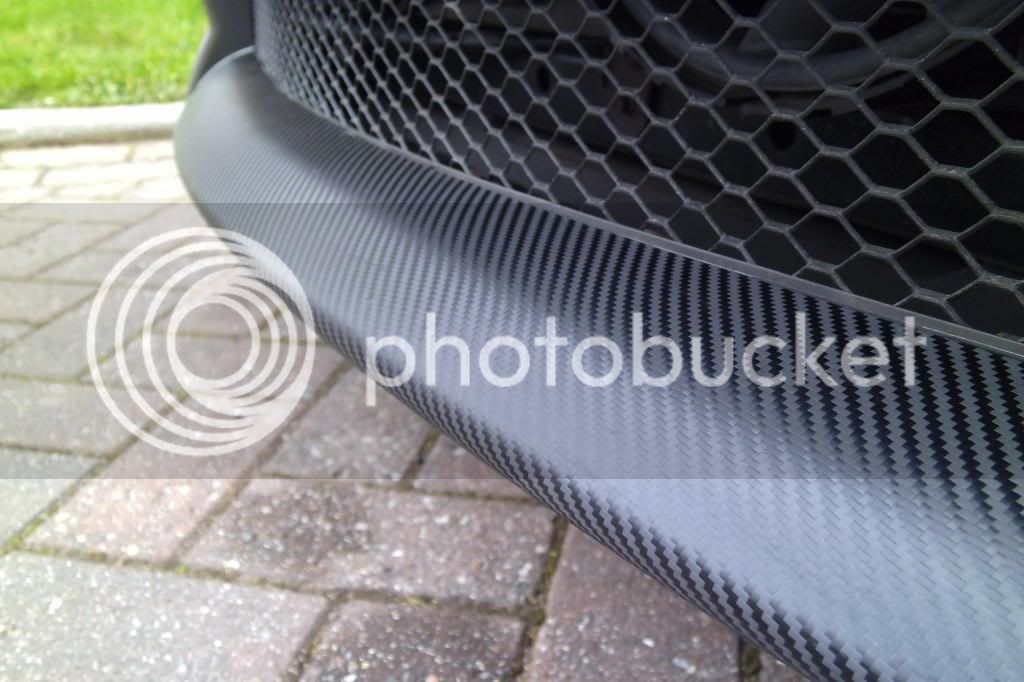 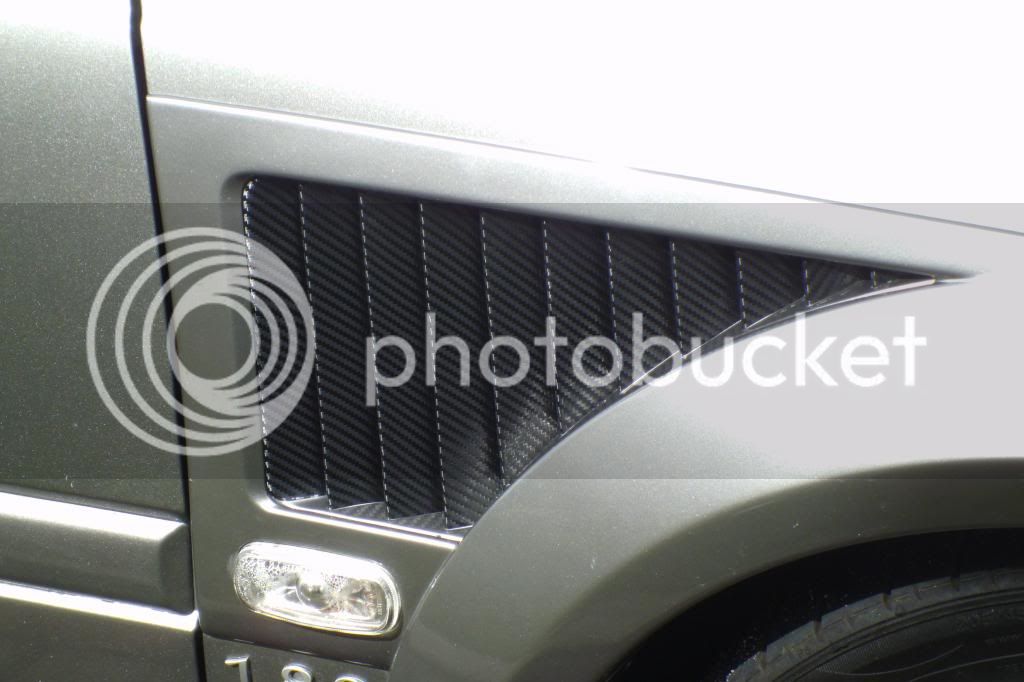 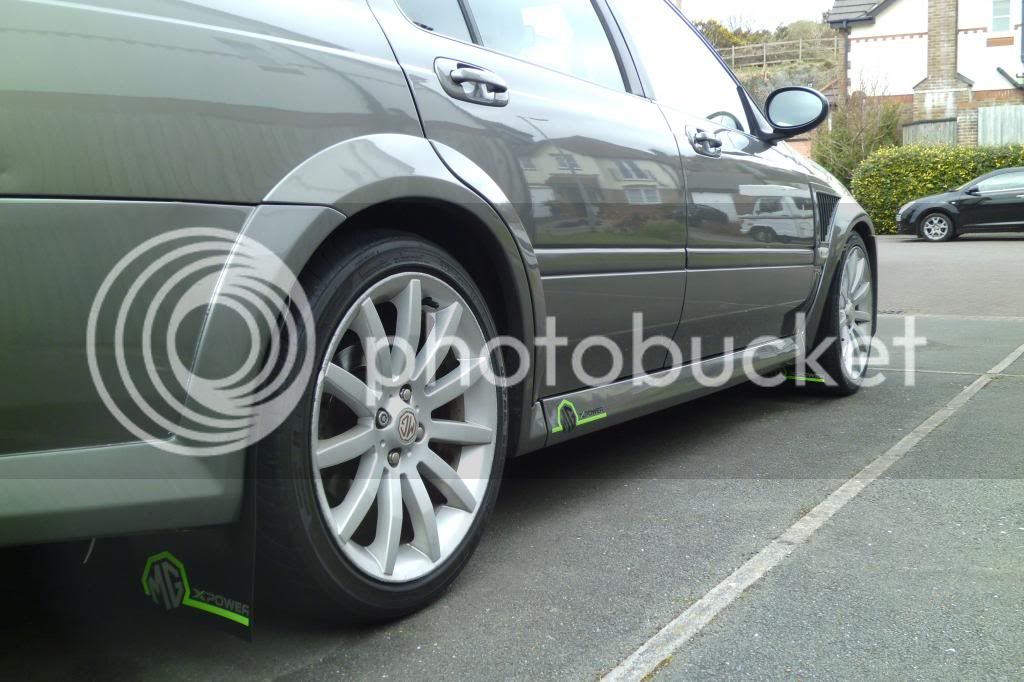 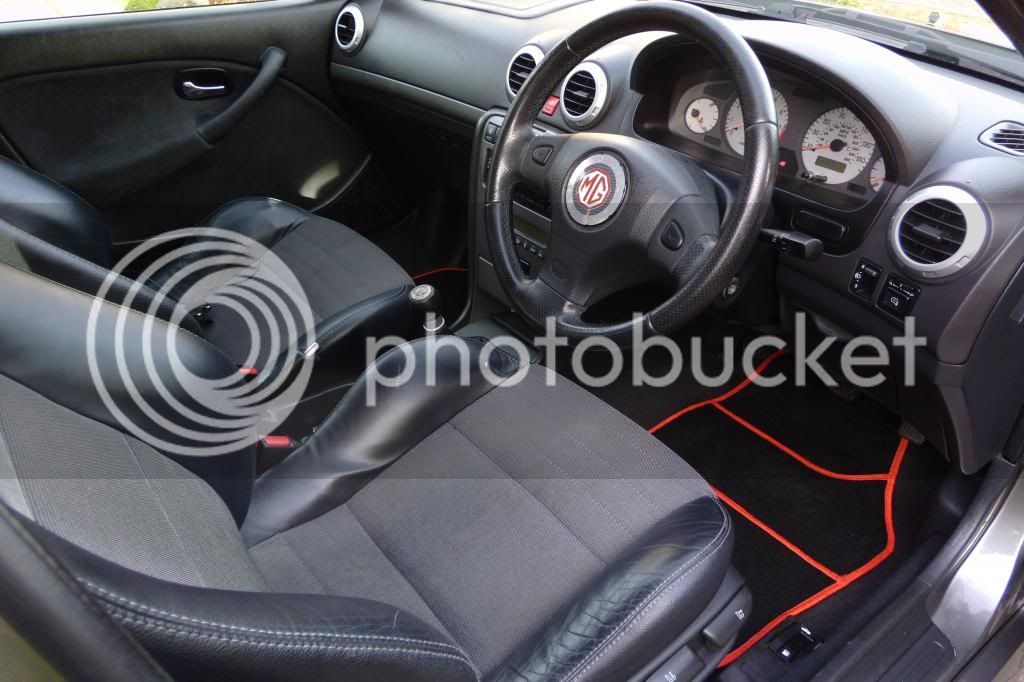 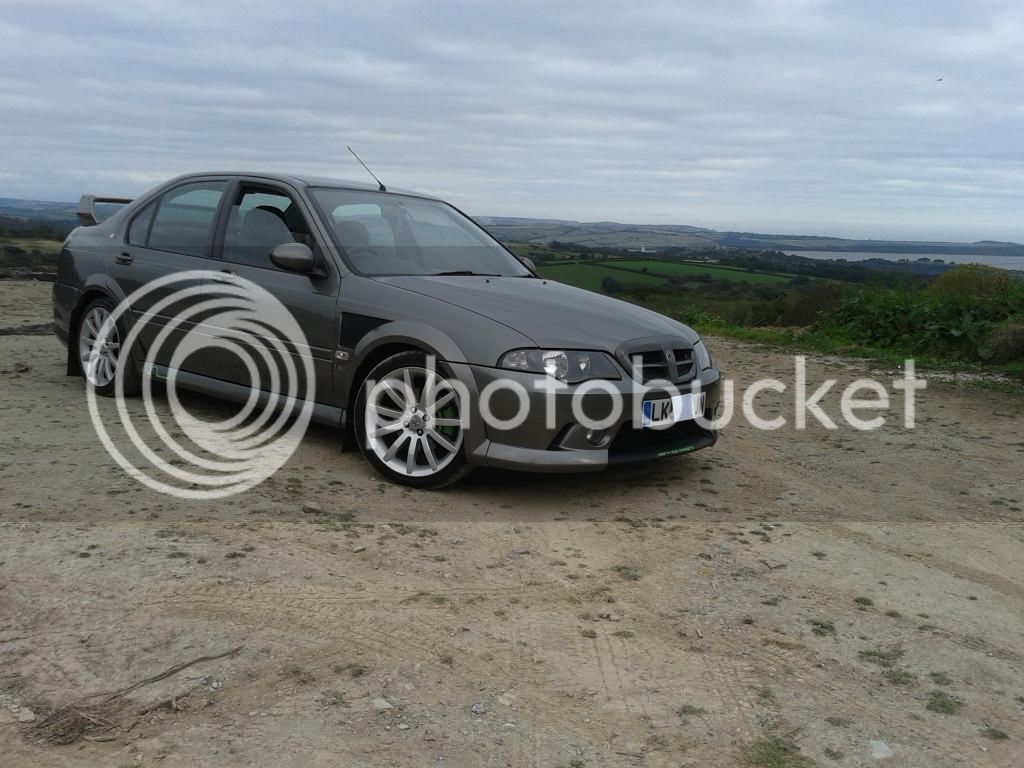 I've had the car nearly a year and for me not to end up doing shed loads to it must say something for how happy with the car I am. Handling is insanely good for standard, power isn't too bad however would be a lot better around the 230-250bhp area (currently at 201bhp) and I absolutely love the looks of it. But will most definitely keep you posted with further changes. The wheels are next on the cards and going to refurb them myself but not sure what colour as yet.
Last edited: 22 November 2014
Click to expand...

back when i owned my mg zr i remember going in the mg dealers and seeing a 180 in there brand new and always thought what a great looking motor they were and thought what alot of potential they have.
wouldnt it of been great if they would of dropped the old v8 like in the zt in there around 260bhp and 300lb/ft.

looks really good fella what have you done to get it over 200bhp? i know extracting power is hard when n/a tuning, i do remember there was a company who were supercharging the v6 not sure if they are still about

The Supercharger option is very dangerous for the KV6 engine, they can't take the heat. There was 1 and only 1 ever ZS180 that was supercharged as standard. It was an experiment and was called the ZSX iirc. There have been a few people attempt it and even a couple that have totally rebuilt the engine to try and take it but is a waste of money really.

Mine is running just over 200bhp with cams, air filter and full custom exhaust from the manifold back. Could do with a decent set of injectors and an upgraded fuel pump, but really needs mapping to get the best from it. Unfortunately hardly anyone remaps the 180.

Very nice, thanks for posting up the feature for us. I will watch this one with interest. 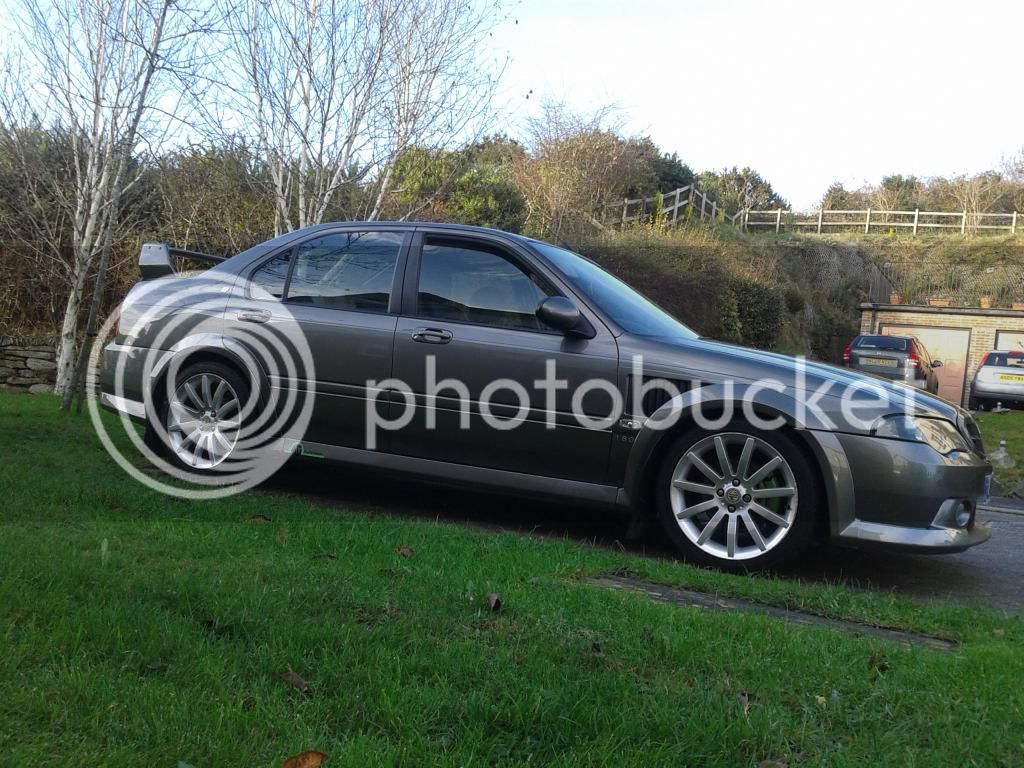 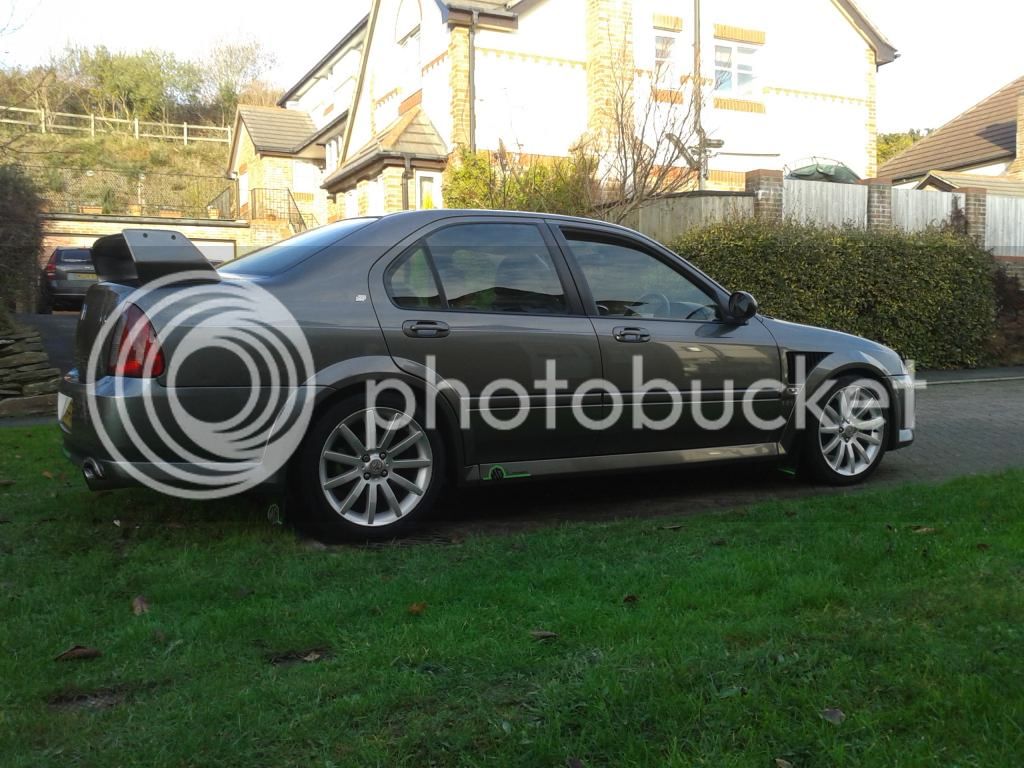 Funny what turns up whilst being away

I've had my 180 for nearly 10 years because it still puts a smile on my face every time I drive it.

On track they are fantastic for a 'Rover' and can easily embarrass far superior machinery, like you said the handling is excellent. The only soft spot I have found is the brakes but only on track, plenty good enough for fast road use.

T16 is a popular swap, plenty of peeps on the MGZS site I run have them, one has some serious power. Another has a VW 1.8T which was a Reyland built one. Some had nitrous.

Supercharged ones are few and far between and most have not lasted even with the 7th injector and ecu mods. The standard internals can't take it. You need to build something special to take it and run it, as well as deep pockets!

Very very nice. Makes me miss mine a lot!

I still haven't remapped mine yet. but still running a proven 201bhp. With a Walbro fuel pump and a set of decent injectors. I can see 215-22-bhp possible which I may explore first as I could do those for less than £200. But I would almost rather simply have a stand alone management for any future stuff that happens. But i've been in a 220bhp ZS and jesus, it was like a totally different league lol.

But yeh the best options to get good, strong, safe power is to use a Honda engine. Either the 1.8 or the newer 2.0. Both can take over 300bhp all day long with standard internals and as the ZS/45 is actually a Civic saloon underneath, this would the best option. The Vag engine still has problems compared the Honda engines.

Or you could sell me your zs and buy a civic typer :-D

Looks good buddy. I quite like the colour too.

Cheers bud, yeh its called Xpower Grey or XPG. On the rovers iirc it's called tempest grey. One of the best colours imo.

Always loved these, and a T16 conversion would be full of win!

A T16 conversion would be full of breakdowns.

It's not a leak, it's called "marking the territory."

Yeh the sprintex supercharger is as rare as chucks teeth now and as said, total waste of money in the long run. T16's are stronger than you think if built properly.

Always loved these, and a T16 conversion would be full of win!
Click to expand...

Is this the ignition blue one with white wheels? Or it was when I knew it before. If it is the one I am thinking of it was built to a very high standard by the previous owner and was on show at Zed10. However like most charged zeds before it they soon expire, shame as it needs the extra horses to make a very good car even better.

Here's a build thread on a very good T16 ZS, not finished as far as I know but he's a perfectionist!

That is the one mate! Such a good looking car!

I'll have a flick through the project! Love the noise a T16 makes.

Can't get on that site without signing up but I'm pretty sure I know the one you mean. However, this will give you an idea of how much needs to go into a supercharger conversion as this one came up for sale a couple of years go...

^^ That looks lovely, a real credit to the owner

That ZS is mental mate! Must have spent some serious ££££££!

Not much but a bit of an experiment. Decided to see what would happen if I added some paint thinners to some calliper paint to make it usable in a air gun. Rather surprised with the result as I now have a flawlessly painted and more importantly, heat proof engine and fuse box cover Just need to wait for my new filter bracket to arrive and can tidy that up a bit.... 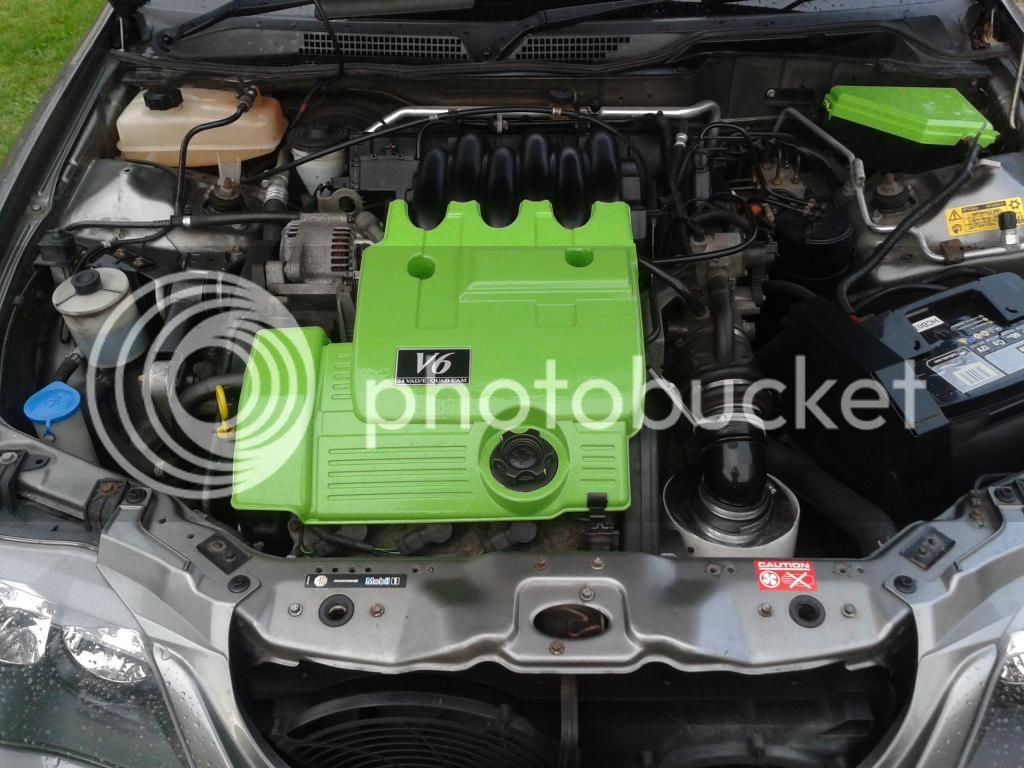 And you know what I'm like guys, soooooo.... My little lad now has a matching Xpower green and black kiddie seat ... 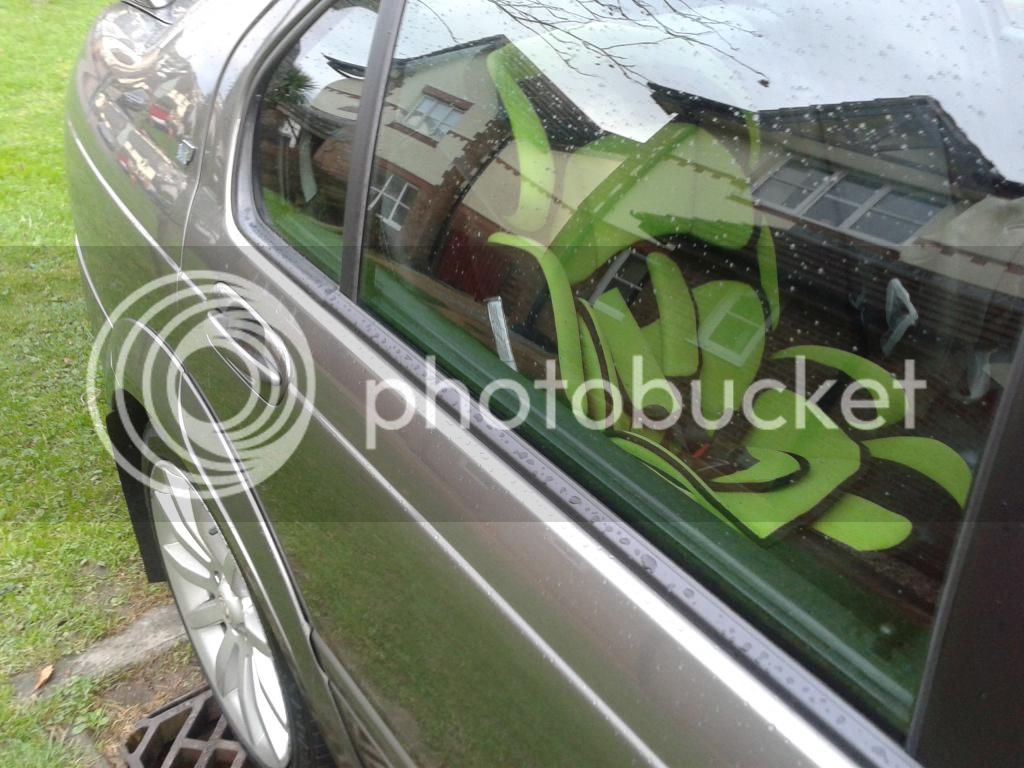 Yes that is the ignition blue one I was referring to, the guy lived in Bordon, spent a lot of money on it. One of the pictures there is from Zed10 up at Duxford.

Yeh the engine decided to destroy itself after it was sold, then rebuilt and is now off the road again. Bloody shame but the supercharger really isn't a good option for the KV6 unless you only want to go for around 220-230bhp then fair enough. There is a chap running a proven a 247bhp KV6 in a ZT190. Had the mods for years and the engine is still running perfect. So a tuned KV6 would be a good way to go but will cost a bit.

Not worth the hassle unless you have deep pockets and workshop facilities. The problem now is the cars are not worth investing those sorts of sums in as they are so cheap to buy. Then again modified cars are a money pit and we never recoup the monies invested. A labour of love! Mine is worth over double in parts than it is whole. Still not a lot mind! I'll be keeping mine until I find a good reason to part with it. Had it near on 10 years and still have fun with it. Where it doesn't have power I am making up in the handling and braking department.

I remember that dodgy bloke who ran RSM, George, who throttle bodied a 180 and made 255bhp but kept breaking. Cost the bloke nearly 10 grand, and never saw his car again.

He did get his car back and has now broken it up due to other issues and a newborn, he still has a few trick parts left but again too costly to justify buying.

^^ Ah, fair enough. I thought his excuse was the car was stolen whilst he was attending a fire at home!

davalav said:
^^ Ah, fair enough. I thought his excuse was the car was stolen whilst he was attending a fire at home!
Click to expand...

So many stories there, hard to know what to believe, take with a pinch of salt. Poor Steve whose car it was had the patience of a saint with that conversion, even at the end he still had a few teething problems and promptly ran out of time and funds to complete it. As far as I know he still has the custom ecu and the BTCC plenum/throttle body.
You must log in or register to reply here.
Share:
Facebook Twitter Reddit Pinterest Tumblr WhatsApp Email Share Link